Germany, Nigeria sign accord for return of looted Benin Bronzes

A British colonial expedition looted vast quantities of treasures in 1897 from the royal palace of the Kingdom of Benin. The update "will take effect in the coming weeks," Jen Fitzpatrick, a senior vice president at Google, wrote in a blog post.

V. T. Eric Layton and Brian Fitzgerald like this.

The EPA prepares for its 'counterpunch' after the Supreme Court ruling 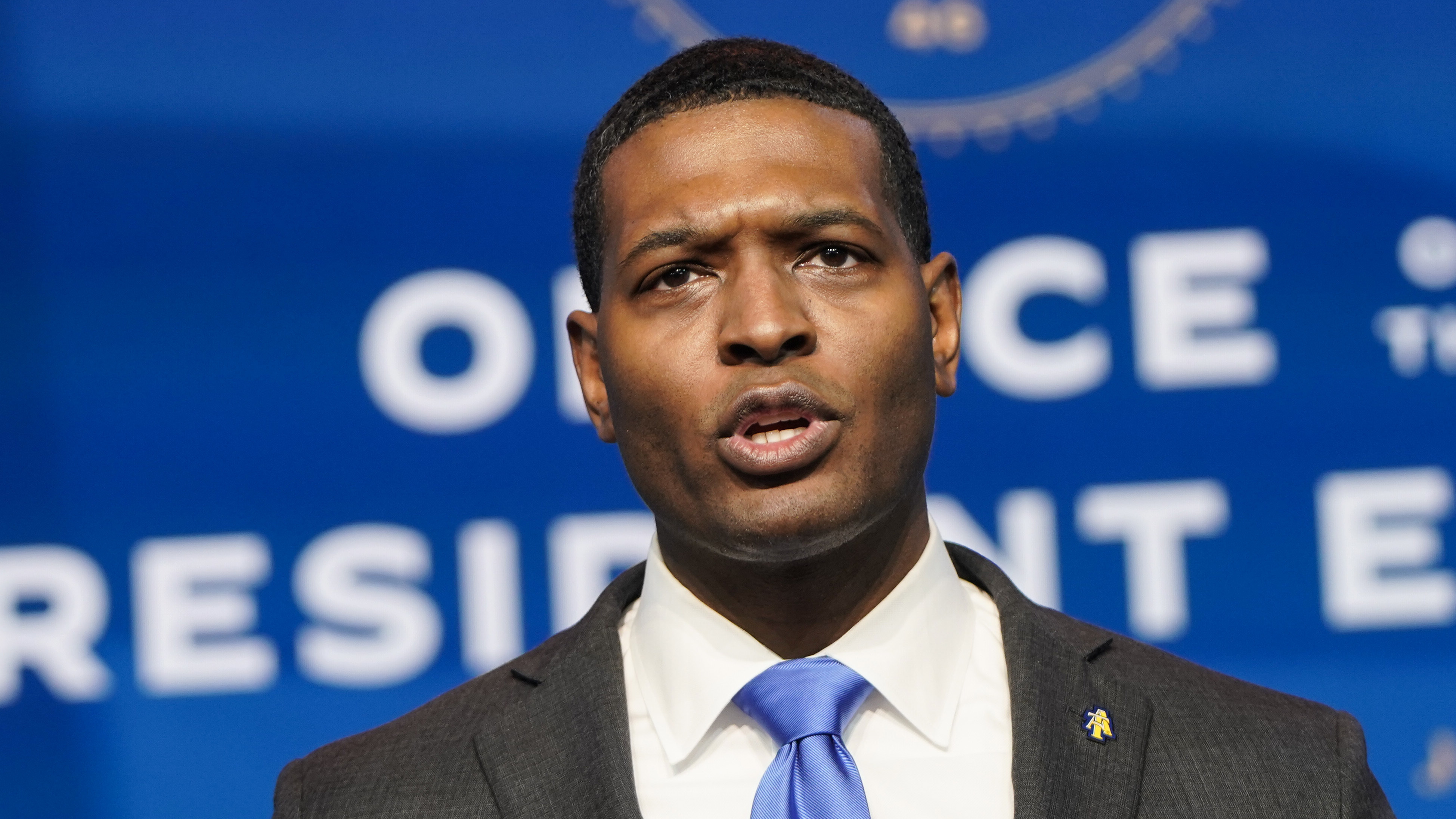 The Supreme Court's ruling that curbs the power of the EPA will slow its ability to respond to the climate crisis, but "does not take the EPA out of the game," according to its administrator.

That new window should not leak anymore

Shaken up because someone stirred it

The two party system will fall us

Coronavirus FAQ: Can I get COVID outdoors? (With printable poster on how to cut risks)

We've heard for months that chances of catching SARS-CoV-2 outdoors are far less than indoors. Is that still true with highly contagious omicron strains? And if it is, what can you do to stay safe? WELLINGTON, New Zealand (AP) — New Zealand's government has declared that American far-right groups the Proud Boys and The Base are terrorist organizations.

#News #Politics #democracy #nowthis
Link to source
7 people like this

Don Little 1 day ago • diaspora
Already did that in Canada.
Link to source

V. T. Eric Layton 1 day ago • diaspora
And yet, the U.S. hasn't classified them as a terrorist group? Isn't that odd?
Link to source

Katherine Bond 22 hours ago • diaspora
And wrong
Link to source

Controversy Continues Over Whether Hot Water Freezes Faster Than Cold

Decades after a Tanzanian teenager initiated study of the “Mpemba effect,” the effort to confirm or refute it is leading physicists toward new theories about how substances relax to equilibrium.

Quanta Magazine
#Physics
Link to source
Oklahoma
2 people like this

V. T. Eric Layton and Brian Fitzgerald like this.

Brian Fitzgerald 4 hours ago • diaspora
Whenever Hell does freeze over, it may be all done before you even begin to notice.
Link to source

Ancient DNA offers clues as to where and when Black Death began : Goats and Soda : NPR

Scientists say they've solved a 700-year-old mystery: Where and when Black Death began

For centuries, scientists and historians have wondered where the Black Death — the deadliest pandemic in recorded history — came from. New research sheds light on the ancient disease.

As Sweden's and Finland's NATO bids move forward, the alliance is already eyeing their fighter jets

is Putin's threat against arming Sweden & Finland, too late? As Sweden's and Finland's NATO bids move forward, the alliance is already eyeing their fighter jets

Sweden and Finland will bring "quite a bit of capability and capacity to the alliance from Day One," the US's top general in Europe said this spring.

In all criminal prosecutions, the accused shall enjoy the right to a speedy and public trial, by an impartial jury of the state and district wherein the crime shall have been committed, which district shall have been previously ascertained by law, and to be informed of the nature and cause of the accusation; to be confronted with the witnesses against him; to have compulsory process for obtaining witnesses in his favor, and to have the assistance of counsel for his defense.

A final thought for Pride Month 2022.

This is Alan. Alan ended his own life on 7th June 1954. He laced an apple with cyanide and ate a bite from it. He did this because the British government chemically castrated, humiliated and prosecuted him for being gay.

Alan is the reason why a chunk is bitten out of the Apple logo…in honour of Alan Turing.

Ok so what did he do? He invented computer science and using his first designs he decrypted the Enigma code - the machine base encryption that the Nazis and the German military used to communicate secret commands to each other in world war 2 - and hence he both saved millions of lives and brought us into the modern age of computing.

Pride month isn’t just about dancing on floats in gold hot pants or flying a rainbow flag. It’s about remembering that everyone has a right to be happy, love who they want to love, and recognise the outstanding contribution that everyone can make in a society free of fear or prejudice.

#News #Politics #democracy #nowthis
Link to source
2 people like this 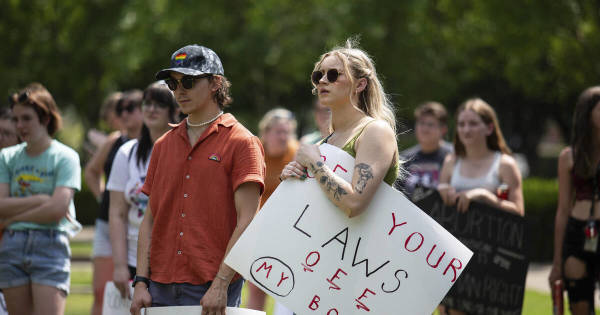 LOUISVILLE, Ky. (AP) — A judge cleared the way Thursday for abortions to resume in Kentucky, temporarily blocking the state’s near-total ban on the procedure that was triggered by the Supreme Court ruling that overturned Roe v. Wade.

#News #Politics #democracy #nowthis
Link to source
4 people like this

Social Security Is Not Going Broke

And if it was, adding the rich to the social security tax rolls would provide a windfall. Don't let the right wing fool you, it's stable and running a surplus.

'Social Security Not Going Broke': Sanders Says Program Can and Should Be Expanded

While the GOP repeat the false and intentionally misleading claim of insolvency, Sanders says the popular program can be expanded simply by making the rich "pay their fair share."

Union of Concerned Scientists: Tell Congress: We Need to Invest in a Climate Resilient Future

"The January 6th hearings have exposed a fundamental truth about authoritarianism: that it ultimately depends on the consent and acquiescence of individuals. The failure of former President Donald Trump’s efforts to overturn the 2020 election wasn’t inevitable. There was nothing ironclad about the U.S. Constitution, courts, legislatures (including Congress), or electoral bodies to prevent Trump from remaining in power if enough people had gone along with his scheme. Instead, it took Republican officials, senior Trump advisors, conservative lawmakers, media personalities, and others — combined with significant grassroots pressure — to prevent an orchestrated subversion of the American people’s freedom to choose their leaders.

Reading a book, watched by a cat Reading in bed The written word made flesh David Brooke born in Somerset, UK more... #art #peinture #Dean-Mitchell
Link to source
3 people like this

Democrats Don’t Have a Plan, but Abortion Rights Activists Do: “We Will Primary Everybody" "This Supreme Court ruling defies the scientific warnings of global warming and shows a blatant disregard for the stabilization of our climate. In choosing the interest of polluters and industry over the public, this ruling moves away from precedent into politics. It is a mistake for the Court to overrule the regulatory authorities of the EPA. This callous decision threatens human health and the welfare of our environment and climate. BIPOC communities, already disproportionately burdened, will be further adversely impacted."

The rolling judicial coup coming from this court is by no means over.