This post is appropriate for tumultuous times like the ones we are in now. People schooled in #Economics are well aware of the way a #FreeMarket is supposed to automatically make sure the people who need goods & services the most during a shortage in the #SupplySide will get them because they are willing to pay more because their needs are higher.

I had a minor epiphany today that saw that as the #Fallacy that it is. It always rang hollow for me, but when I learned it I was part of the culture that wants to believe it. (side note: Now, I sincerely believe that #Capitalism is mere #Secular #Feudalism, although the #ProsperityGospel types and other #Caste based #Theologies seem to make it into "old-school" feudalism)

In a rare instance, I—a non-religious person—am going to quote the #Christian #Bible to help bring home my point. (#ItsNotAllBad)

For they have put in a little of the money they had no need for. She is very poor and has put in all she had. She has put in what she needed for her own living.

Our current free-market pricing, aka Invisible Hand Of The Market, is the type of magical thinking we expect from theology, so why do we think it's okay for economics; a science? I think it's because it's presented in the form of a false dichotomy in the first place. The offered alternative is fixed pricing. The logical conclusion is people overbuy because of their inexorable human fear of running out and hoarding happens as a result; obviously an inefficient market condition. #Americans had a case of this early in the #COVID19 crisis where we went insane for toilet paper.

Some retail vendors dealt with the potential stock-outage dilemma by limiting the number a person could purchase on a single visit; #Rationing goods. Despite this limitation being easily hacked by nefariously thinking people, it worked in general. All we needed was a nudge that effectively put across the message, "don't be an asshole." It's hard to pull off rationing in a population of cultural capitalists who, "don't like the guvement tellin' me wut ta do."

This next thought experiment is almost impossible to do in theory, but I'm putting it into writing anyway because it points us towards better thinking. Suppose that under normal market conditions we could statistically determine the "regular" pricing for a good or service. That is a feasible activity that is done by many people in many places all the time. Now add to that the idea that we could also know either the true #Income and/or #NetWorth of people at all times. And the final element is to make the market price a linear formula of surge-pricing = regular pricing + (x percent of net-worth or annual income). This has the property of egalitarianism built into the pricing.

In our current system of capitalism, no wealthy person would ever weigh the surge-pricing of goods or services and think, "maybe I should wait." A majority of people in the middle class will be forced to think about it immediately, then others will be forced to overtime. People in poverty don't have the luxury of thinking it over, they have to do without or die. This is also obviously an inefficient market condition, except that people with power never viscerally feel its effects. Wealthy people only care about problems that hurt them personally. 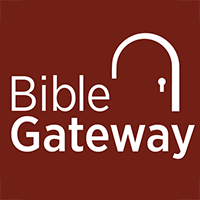 A Woman Whose Husband Had Died Gave All She Had - Jesus looked up and saw rich men putting their money into the money box in the house of God. He saw a poor woman whose husband had died. She put in two very small pieces of money.

Typically I'm posting a #Podcast for people to listen to and a reason to listen to it, but here, a podcast merely #Triggered my thoughts while doing man-on-the-street type interviews of #Arizona #Voters.

An older-sounding white man said something about how all the #Progressives (pejoratively) and their #Socialism and free #Medicare is going to kill off all the #Ambition of #Capitalism. I definitely paraphrased him, but his point is intact.

His comment caught me in that way where you clearly see how and why he is so mistaken. I felt the immediate recoil from him misunderstanding what a #Progressive is, but I'll give him that because #Politics is messy and people on the same side disagree if given the chance to talk to each other instead of yelling at the "others". However, he is fundamentally wrong about ambition. He was confusing the idea of working out of desperation and the survival instinct with ambition. Perhaps he was a #BlueCollar type who had hopes for his next of kin doing better and instead sees 23-year-old grandchildren playing X-Box all day and drinking at night. I don't know why he thinks his opinions are valid, but I do know he is wrong.

It's been #Scientifically proven that when we are stressed over meeting our basic needs in life that we can't make good decisions. Ambition comes from having a good idea that can improve people's lives in a way that it would be valued at more than what it costs to produce. It's hard to have good ideas when you can't figure out what to do without; #Healthcare, #Food, #Heat, #Electricity, Clean #Water, or the #Mortgage / #Rent payment. I believe it's a goal of socialism to meet these basic needs without question, thus the desperation is lifted and people can be free to think of greater things.

The #Ancient #Greeks had an unquestionably great thing going with flourishes of #Math, #Science, #Medicine and so forth. Their institutions of learning did not charge admission for entrance. They did, however, have a bar to entry, and it was based on the economic standing of the citizens. If you were wealthy enough to stop working for a period of time, you could get the "go-ahead goal" of learning about important things. Poor people were still stuck in the cycle of desperation. This may explain why it's so much more likely that non-poor people have #Innovative ideas and subsequently the ambition to get rich as a result.

How China Tracks Everyone | VICE on HBO

Maybe it's just me, but does anybody think it's odd how a "#Communist" country (#China) found a refinement of a #Capitalist country's product, #SurveillanceCapitalism, as ideal for their "way of life"?

To be clear, #Capitalism did invent #SurveillanceCapitalism because it was always a problem for #Capitalists to figure out how to persuade their market into overpaying for their products/services. Broadcast advertisement was a blunt instrument, like washing clothes by banging them with rocks along the riverbed, but it was the best option they had for mind control. They would try to get a "better bang for the buck" by all kinds of user surveys, but it just narrowed down fishing with dynamite to fishing with nets. They wanted to fish with smart hooks that found the fish they wanted without them making any effort. #Google showed them all the way. #Facebook just didn't have a pretense of #Morals or #Ethics to slow them down.

Companies in a #Capitalistic society, if they are big enough, hate government because they want to be as powerful as a government, but with dictatorial powers. China and Russia are showing us that is what they want too. Capitalism infected the world like a virus and now we are going to reap the whirlwind.
#facebook #Google #Capitalism #SurveillanceCapitalism #ethics #capitalist #Communist #China) #Capitalists #Morals #Capitalistic Podcast News Politics Contemporary Issues
Link to source
Williamsville, NY, United States

Capitalism. Time for a reset — This is the new agenda

I'm a #Skeptic because of my experiences in life. I'm an #Optimist about the nature of our collective #humanity being more #good than #bad. I'm a #Pessimist about the people in power being far more likely to be #sociopathic than the population at large. This new thing the Financial Times is doing, #TheNewAgenda, well, it seems genuine.

They are mumbling or at least saying quietly, "hey #Capitalism, you're we're doing it wrong." They seem to be reporting with a #perspective of #introspect and #reckoning of overdue #liability #accounts of industrial capitalism. Typically, big-capitalism doesn't do introspect, it only does short term plans to beat their competitors to death.

I know it's very easy to put on a false front and get people to think you're doing something good when the #hidden #agenda, the true goal, is bad for most people. I'm going to presume innocence on the #FT here until proven otherwise. The FT was really good before this new "New-Thing" so I'm optimistic about it.

The new agenda brand thinking encapsulates the role of the Financial Times as your trusted guide to the new normal.

This is a fun romp about how #Surveillance #Capitalism has become as #Omnipresent as the magnetic field of the Sun.

Bloomberg Businessweek: Avoiding digital snoops takes more than throwing money at the problem, but that part can be really fun. By Joel Stein

As the spy gear piles up on my desk, my 10-year-old son asks me what my mission is. “I’m hiding,” I whisper, pointing in the direction I think is north, which is something I should probably know as a spy. “From Silicon Valley.”

I use Google, Facebook, Amazon, Lyft, Uber, Netflix, Hulu, and Spotify. I have two Amazon Echos, a Google Home, an iPhone, a MacBook Air, a Nest thermostat, a Fitbit, and a Roku. I shared the secrets of my genetic makeup by spitting in one vial for 23andMe, another for an ancestry site affiliated with National Geographic, and a third to test my athletic potential.

You’re an idiot.
Link to source

Michael Rupp 3 years ago friendica (via ActivityPub)
But wait, there's more! #OnPoint
It's #Astonishing to hear what just downloading an app can do to your personal privacy.
#SurveillanceCapitalism 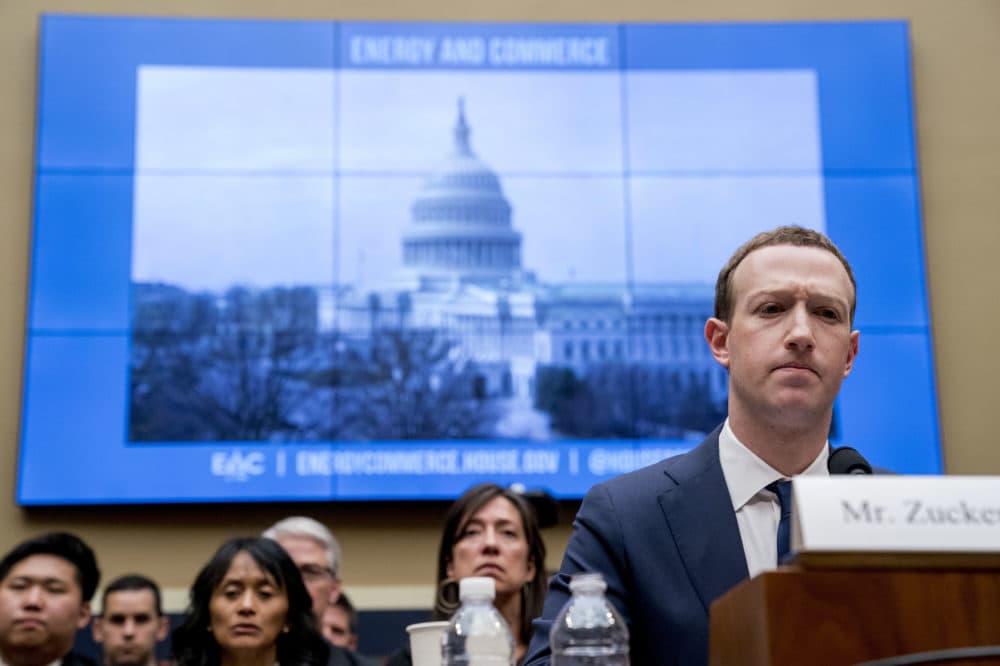 How Tracking And Selling Our Data Became A Business Model

There are new calls for tech companies to stop selling your location to third parties. We’ll look at the economics and perils of "surveillance capitalism."

Michael Rupp 3 years ago friendica
I haven't seen it yet, but I added it to my list probably on your suggestion.
Link to source

Michael Rupp 3 years ago friendica
And this is more of an attempt to embed a PeerTube video via iFrame than to comment cause obviously, Google is the worst.
https://tube.4aem.com/videos/embed/1f39da41-7fee-4f6a-8781-b8f21e4c43b2
Link to source

Michael Rupp 3 years ago friendica
Oh, that's weird cause your on a Friendica server too. It renders right on my screen. The iframe is built into the BBCode. It's basically [iframe] url for the content that came from their embedded content <iframe> code [/iframe].
Link to source

A funeral industry giant keels over

(This post looks best when viewed directly on #Friendica)
This is another great #Podcast for the @Stock Picking Discussion forum. The detail I caught in the story making it worth mentioning is one that might go past people who don't think about #Finance. It won't take you long to listen to this show, but here's the...
spoiler/rant alert:

The main point of all this is to beware of what the owners of & workers on #WallStreet decide to make a run at. You don't have to get #Screwed by them. Innoculate yourself. If you know they are trying to do it (hint: they always are), and what they are trying to do it with, you're well on your way to preventing them from getting over on you. Your common sense will do most of the rest.